From all of us at Team Sin Bin to you and your family, we wish you a happy and joyous Christmas. However….. 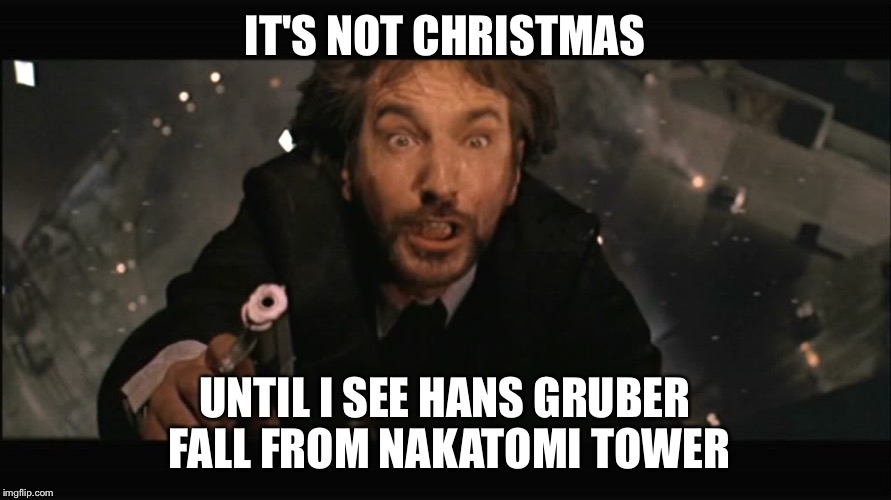 There’s no need in rehashing the argument why Die Hard is not just a Christmas movie, but a great Christmas movie. Also, there’s no use is complaining about why we have 24 hours of A Christmas Story and not 24 hours of John McClane (not to be confused with Pensacola Ice Flyers goalie John McLean) going to extraordinary lengths to bring his daughter a teddy bear for Christmas.

I’m not ready for all this Christmas stuff yet, because…

Today is the non-commercial day of miracles, feats of strength, and the airing of grievances (Example: The aforementioned snubbing of the 1988 John McTiernan-directed classic.)

Still not sure about what Festivus is all about? Click play, then head out to the Landers Center tonight for the Mississippi RiverKings’ annual Festivus game against the Huntsville Havoc.

One grievance Evansville Thunderbolts fans can no longer air is their good luck charm, winger Justin MacDonald is back with the team after a stint with the ECHL Indy Fuel. As our Mike Finazzo has noticed, the Bolts are 3-0 in games when MacDonald scores a goal. Evansville will need all the good fortune they can muster (perhaps a Festivus miracle) when the Peoria Rivermen arrive at the Ford Center for tonight’s game.

Macon fans, you have a lot of problems with the ECHL taking all of your players? Tonight, you get your very own Festivus miracle… AND HIS NAME IS JOHN SIEMER ♪♫♪! That’s right, folks, your leading scorer is back from Greenville to retake the SPHL scoring lead from Mississippi’s Cullen Bradshaw. Only Garrett Bartus is the remaining Mayhem player in the ECHL.

Coach Jerome Bechard of the last-place Columbus Cottonmouths paid a high price to bolster his defensive unit this week, sending leading scorer (the Snakes have a league-low 37 goals this season) Riley Spraggs to the Ice Flyers for 6’5″ blueliner Zach Loesch.  Spraggs led the Snakes with 13 points (6G/7A), and Flyers coach Kevin Hasselberg is looking for an offensive spark (seven goals over the last five games) for his squad.

In case you missed it… Matthew Harding and I have released the first part of our SPHL 2016 Year in Review Podcast. We cover all of the major stories from the second half of the 2015-16 season, up to Josh Cousineau’s President’s Cup winning goal. Look for Part 2 to hit the website on Tuesday, December 27th.

After tonight’s games, the league takes its Christmas break. Games will resume on Tuesday, December 27th, with a slate of four games. On behalf of Jimmy Gentry, Mike Finazzo, Dawne Walters, and the rest of our team here at The Sin Bin; We wish you all a Merry Christmas!