Sunday evening, the Reign took on the Americans for the fifth time. After a convincing 5-0 win the night before in which the Americans seemed to melt down,  it looked like the Reign were set to close out the series and advance to the finals. 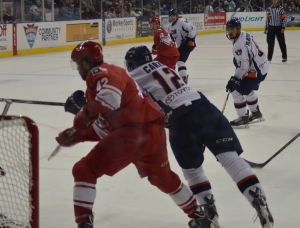 During the first period, the Americans presented very little evidence to the contrary. The officials made it clear early on that they would tolerate no discussions or back-talk from either the players or the bench. This seemed to further frustrate Allen and they took even more penalties. Barely 11 seconds into one of these penalties, Judd Blackwater put the Reign up 1-0. 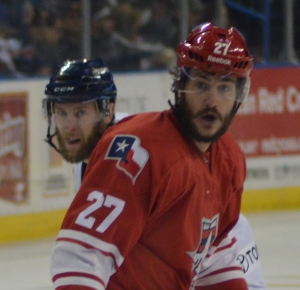 The second period, Allen had calmed down and play was evenly matched. Justin Baker tied the game 6:26 into the period, but neither team had an edge. Rocco Carzo put the Reign back up by one with five minutes left in the period and all the Reign had to do was hold on. 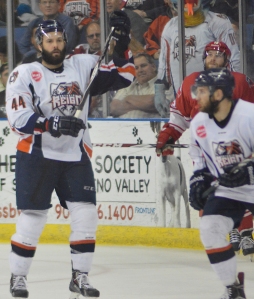 Unfortunately, they retreated into prevention. For eight minutes in the third, it looked like it might be enough. Then Chad Costello tied the game.

45 seconds later, the Americans went up 3-2 on a goal from Gary Steffes and the Reign couldn’t find a way to answer. The two goals in 45 seconds seemed to throw them off their game completely. They tried to push the play, only to have the Americans push it right back. With five minutes left in the game, Allen took a 4-2 lead with a goal from Spencer Asuchak. They pulled Joe Cannata with just over 2 minutes left only to surrender the empty net goal seconds later. At this point, we’re pretty sure the Reign stopped playing. Add in a penalty and yet another goal from Allen and the game score looked like a blowout. 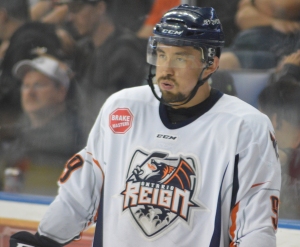 The game was close fought until those two quick goals from Allen. They slipped past the Reign’s defense and found a way to solve Cannata. Riley Gill (back in net, despite our prediction which is why we’re not coaches) had a strong bounce back game after surrendering five goals the night before.

Back in Texas now, the Reign have to hope that the Americans have not found a consistent way to beat Cannata. They also need to remember that the game is 60 minutes long and being up by one goal does not guarantee a win until the final horn.