As the COVID-19 pandemic continues to wreak havoc across the globe, the certainty of hockey (and other sports) remains in the balance; not only in the near future with the 2020-2021 season, but potentially the next four seasons and beyond.

With most of the fans’ focus on whether or not the NHL and other minor leagues will have a 2020-2021 season, it is easy to overlook other lingering effects the pandemic may have on the game as a whole.

Let’s start with player development at the youth/junior hockey level.

As with most sports, the road to a professional contract starts at an early age where kids begin dreaming of making it big in the NHL (or other leagues). In most cases, this journey begins with youth sports, learning/refining their skills along the way and hopefully making it to a college or junior hockey team with aspirations of being drafted by an NHL or even KHL organization.

In March of this year, that proverbial road to success became much more difficult to navigate with many, if not all youth sports suddenly halted due to the pandemic. An abrupt stoppage with no discernable end in sight.

During this holiday season, the unofficial second wave of COVID-19 cases has prompted states and provinces across North America to yet again restrict public activities. School sports programs are unable to continue operations, along with local ice rinks and youth hockey leagues.

Without access to proper facilities, learned skills become unrefined. The lack of league play makes it nearly impossible for an athlete to prove their worth on the ice. Learning the game on paper and practicing drills to no end are one thing, but the inability to translate that knowledge on game day is seemingly futile for continued player and team development.

What lingering effects will these shutdowns have on an NHL team’s ability to scout prospective players? Without junior and developmental leagues, scouts are forced to watch game footage of seasons past that may not be an accurate representation of a player’s current skillset.

With scouting at a standstill, the prospect pool becomes shallower and shallower until the future athletes of this great sport can resume play. It is not unreasonable to imagine this untimely roadblock to player development may in fact have a direct effect on professional sports for the next three or four seasons.

Even with the hopes of a COVID-19 vaccine becoming readily available in early-to-mid 2021, it is unlikely we’ll see a pre-COVID way of life for some time. As a vaccine could represent some sort of overnight “magic wand” solution, this writer refuses to concede to that line of thinking. As different regions have had their own way of dealing with the pandemic, a vaccine and “return to normal” strategy will also differ from state to state, province to province. 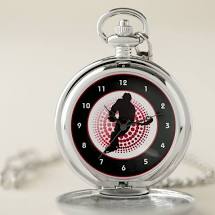 For now, as we’ve done these past eight months, we wait.  We wait to see what this gap in player development holds in store for the hockey’s landscape, its negative impacts on game play and skill level, if any. We wait to assess the NHL Entry Draft class four seasons from now, those players whose most formidable years are, at best, a cruel game of hurry-up and wait.