It is game day and it will be a long one for the Allen Americans as they will head for Tulsa today to play the Oilers (7:00 pm) and then drive to Wichita where they play the Thunder tomorrow night. After these two games the Americans will have just one road game remaining as they will take a same day up and back trip to Wichita on the last day of the season (April 11th).

If you haven’t noticed Allen has turned things around recently and has a five game streak where they have scored points winning four of the last five games with the only blemish an overtime loss. Allen has beaten Tulsa three times in the last ten days but you can’t attribute Allen’s win streak to playing against a weaker team. If you eliminate the three losses to Allen the Oilers are 12-2 in their last fourteen games and playing excellent hockey.

Tulsa should be ready and motivated for the Americans not just because they have lost three straight to Allen but because they are still in a battle for a playoff spot. They could finish anywhere from second place and home ice advantage in the first round to fifth place and out of the playoffs.

Riley Gill and Tyler Ludwig who were injured on the same play last Wednesday in Tulsa will not make the trip but there will be a new goalie (Joel Rumpel) and defenseman (Konrad Abeltshauser) with the team. Both of these players will be in the line up tonight. See details below.

The best indication of what might happen tonight is the three games these teams have played in the last ten days. Allen won all three games (3-2, 3-1 & 8-2) but statistically the games were very close. Tulsa out shot Allen in two of the three games and had more total shots than Allen (89-85). On the power play Allen was 2-11 (18.2%) and Tulsa was 1-13 (7.7%). Penalty minutes were almost identical with Allen getting 50 minutes and Tulsa 48 minutes. The game will most likely come down to a critical turnover, a special teams play or great goalie play. With a win tonight Allen would regain first place in the Western Conference which is something coach Martinson is pushing for.

– The game tonight is the seventeenth and final time these two teams play this season. Allen’s record against Tulsa this season is 11-4-0-1.

– The leading scorer for Allen against Tulsa is Chad Costello who has twenty eight points (13 goals 15 assists) in the 16 games. T.J. Caig leads the way for the Oilers with eighteen points (7 goals 11 assists).

– The scheduled referee for the game tonight is Jake Brenk (#29) who is very familiar to Allen fans from his many years in the CHL. You may remember Brenk as the referee who was given a hard time for calling so many penalties for foul language. Here are some CHL memes for old times sake. 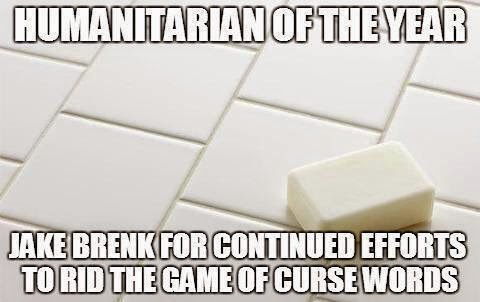 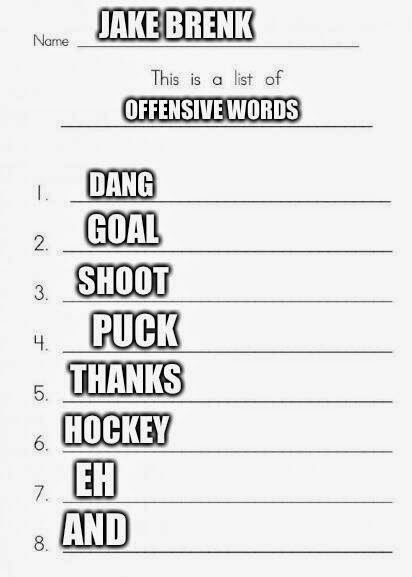 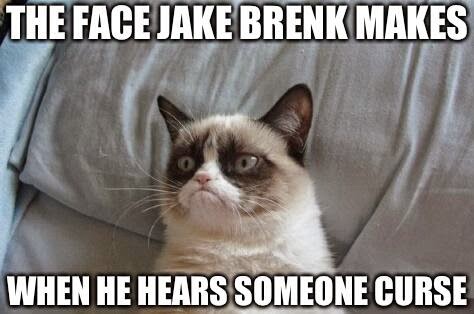 – Defenseman Konrad Abeltshauser arrived in Allen yesterday from the Worcester Sharks and should be in the line up tonight in Tulsa. Konrad is a native of Germany and was drafted by the San Jose Sharks in the sixth round of the 2010 NHL draft. He is in his second professional season having played all of his 107 games with the Worcester Sharks. He is an offensive defenseman and a left shot so you can expect to see him at some point on the power play. At 6’5″ 225 pounds Konrad is described as a big yet mobile defenseman who likes to join the attack and is a leader on and off the ice. He played many years in Germany for the national hockey program and was captain of the German under 20 team. He played junior hockey in Canada (QMJHL) and in 2012-2013 his junior team (Halifax Mooseheads) won the prestigious Memorial Cup. Konrad had the game winning goal in the championship game.

– The other new player on the Allen roster is goalie Joel Rumpel who just signed a one year NHL contract with the San Jose Sharks after finishing his collegiate career at the University of Wisconsin. In 2013-2014 Rumel was a finalist for both the Hobey Baker award given to the nation’s top collegiate player and the Mike Richter Award presented to the nation’s most outstanding collegiate goaltender. His GAA was 2.07 and save percentage was .929. Joel’s stats took a hit this year (GAA 3.49 Save Percentage .902) as his University of Wisconsin team was one of the worst in the NCAA with a record of 4-26-5. As one article stated, Rumpel on many nights was the only thing keeping Wisconsin from further disaster.

– Coach Martinson indicated at his post game press conference on Saturday that this week would have some roster changes and that has certainly happened with the addition of Abeltshauser and Rumpel. Don’t think the roster changes are done yet and would expect at least one more player to be announced before the Brampton game on Friday.

– Three players will set a record tonight just by playing in the game. The most regular season games ever played by an Allen Americans player in a single season is 66 which has been done a handful of times. Because of the longer schedule in the ECHL Jamie Schaafsma, Aaron Gens and Chad Costello will all break that record when they play in their 67th game tonight. Considering how violent the game of hockey can be, playing in every game in a season is a remarkable achievement so a big stick tap to these three ironmen who have played in every Allen Americans game this season!

– Had a chance to meet Jamie Schaafsma’s parents (Stuart & Florence) after practice yesterday and spent a few minutes talking more about our similar heritage than hockey. Our ancestors are from the same general area in Holland/Germany and came to North America looking for land to farm. Stuart had a dairy farm for many years just like all of my relatives and talking to Stuart and Florence was just like talking to my cousins in South Dakota. As for Jamie, Stuart and Florence confirmed he wasn’t much for chores on the farm being the youngest of four brothers (he has a younger sister). Jamie agreed and confessed he has been a professional hockey since he was two years old and that was about all he did.

DID YOU KNOW: The Tulsa Oilers just signed defenseman Kevin Gibson out of the University of Wisconsin-Stevens Point and if he is in the line up tonight it will be his first professional game. Kevin is the son of baseball great Kirk Gibson. Gibson hit one of the most famous home runs in baseball history in game one of the 1988 World Series playing for the Dodgers. He came up in the ninth inning with his team down 4-3, in a game he wasn’t supposed to play because of injury and hit a walk off home run, which was actually a limp off home run, off of Oakland closer Dennis Eckersley on a 3-2 pitch.